As many of you know, for the last few months, John has been working on this new CD release, From The Ground Up. It’s about ready to go, and everyone is really excited about it. 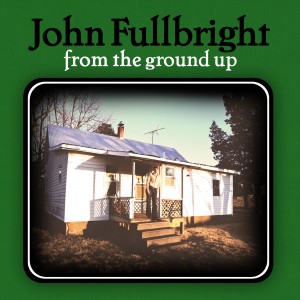 Instead of trying to find a record deal, even with an indie label, John has decided to set up his own label, Blue Dirt Records, and release From The Ground Up with distributor Thirty Tigers acting as label staff.

Now is the chance to help John get
From The Ground Up off the ground!

Three years ago Greg Johnson released John’s Live at the Blue Door record, but it wasn’t promoted nationally. This is John’s time to show everyone what we have all loved about his shows and his songs for the last three years.

We’ve set up a Kickstarter campaign in support of John and the new CD, offering CDs, Blue Door tickets, and a special donors-only concert as rewards for contributing. Think of it as pre-ordering the new CD, and helping more if you can.

And as a special reward just for checking out the campaign, you can be among the first to see the premiere music video from the new CD, Satan & St. Paul!

Thanks so much to all of John’s fans, and please keep spreading the word! John will be playing in Oklahoma, Texas, New York and California for his CD release, and all around the country.

Thanks for your support.

Go to John’s page on Kickstarter »