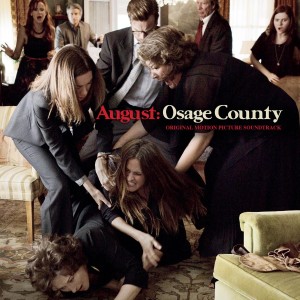 We here at Fullbright HQ are very pleased to announce that John’s song, “Gawd Above,” will be included in the soundtrack for the upcoming movie release, August: Osage County, starring Meryl Streep, Julia Roberts, Ewan McGregor, and a host of other very talented performers.

Directed by John Wells and produced by George Clooney and Grant Heslov, and based on a Pulitzer Prize and Tony Award-winning play by Tracy Letts, August: Osage County tells the tale of the strong-willed women of the Weston family, whose lives have diverged until a family crisis brings them back to the Midwest house they grew up in. The movie, filmed in Oklahoma, has received multiple nominations for Golden Globe and SAG awards.

The film opens in New York and Los Angeles on Dec. 25 and nationwide Jan. 10.

The soundtrack album can be pre-ordered on Amazon.